Let me start out by getting something out of the way. Seoul is pure awesome. Anyway, you look at it. Be it the awesome metro network, the cheerful English speaking bilingual residents, the ever helpful guy sitting next to you on a metro or just the street vendor. They are all awesome and there are no two ways about it. Let me explain!

South Korea has a persistent threat or as most say, a Migraine grade headache called North Korea. But they do get by their work in the most cheerful way possible. Seoul is right across the DMZ and if ever the North Korean lunatic decides to attack South; Seoul would be a sitting duck! A look at the gas mask cabinet in metro stations is a stark reminder of the impending threat, lest you forget. 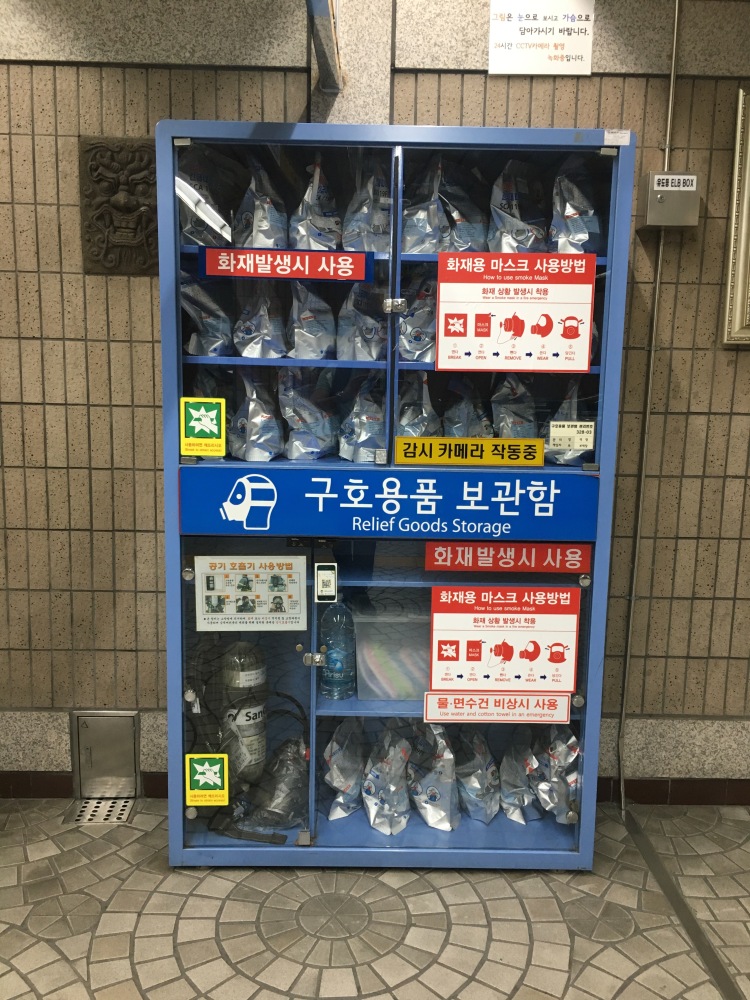 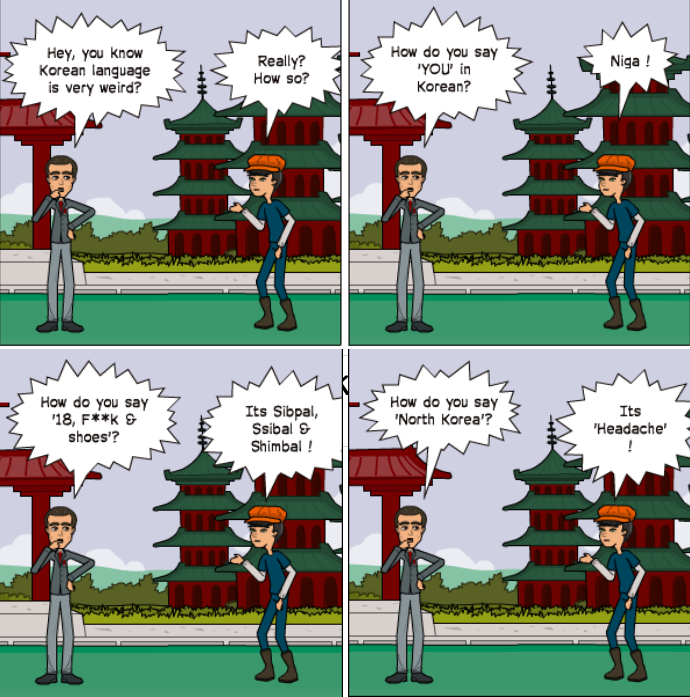 The development in the southern part of Korean peninsula has been a stark contrast to the dodgy North. Everything here is shiny new and impeccable. Metro runs perfectly a la Tokyo, but glitzier. Roads and buildings more so. Not a speck of dust or a paper flies around. I have been to a few European countries, but Seoul is by far the smoothest of the big cities I have been to.

A holiday in South Korea begins for most in Seoul as it is the nerve center of this wonderful country. There are lots of things to see and do and many great places to stay in. A week will go past you in a jiffy.

Must see places and must do things in Seoul

2. Bukchon Hanok Village: Its not really a village anymore. It is surrounded by skyscrapers all around. It is in the middle of a triangle formed by Gyeongbokgung Palace, Changdeokgung Palace, and Jongmyo Shrine. But it does leave a nostalgic feel when you wander around its streets. You will notice the artistry in wood that drapes the private houses (Hanoks). Many houses are now hotels, Souvenir shops, and tea houses. But they do retain the old world charm. A stroll here just might be the most memorable part of your stay in Seoul. Many ladies wander around streets renting the traditional Hanbok costume. It’s fun. Don’t let the crowd get to you. Find a narrow street and it just may be for yourself. 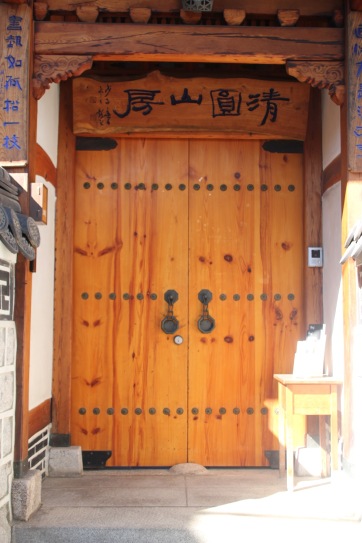 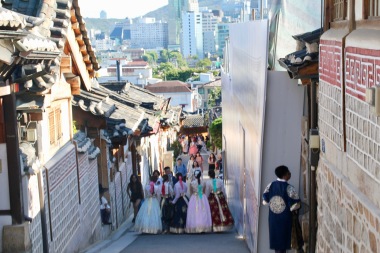 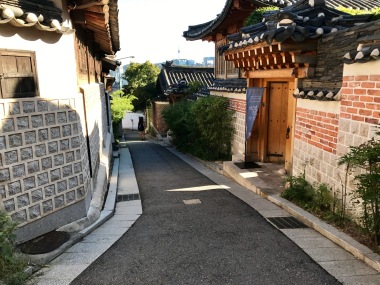 3. Shopping in Seoul: Now, I would have picked one area over another, but that would be doing injustice. There are many markets and shopping areas that sell everything and more. They do come to life late evenings and at night and are a real fun way to spend some time. Areas like Iteawon, Namdaemun and Myeongdong are great for a sensory oveload! Try the Korean rice and cheese pastry. Loved it! 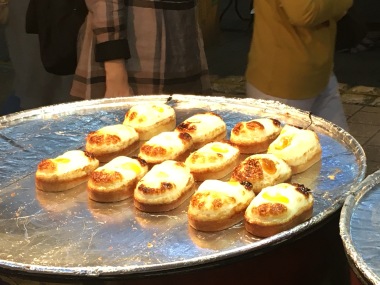 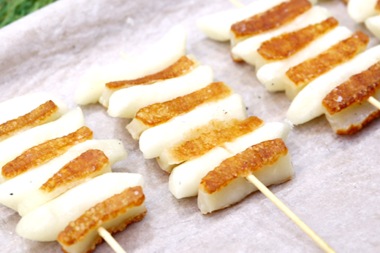 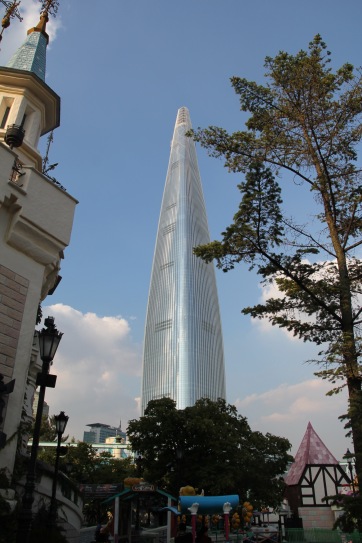 4. Korean food: Though it’s at number four, it is my personal favorite. Korean food is famous worldwide for a reason and a very yummy reason at that. The list is endless, but dont ever try getting out of Seoul without at least trying Bulgogi, Bibimbab, Kongguksu, Jjajangmyeon and the ever-present Kimchi. And of course, dont forget the Korean beverage USP Soju. Drink it neat. But stop after few. It does end up with a bad hangover! 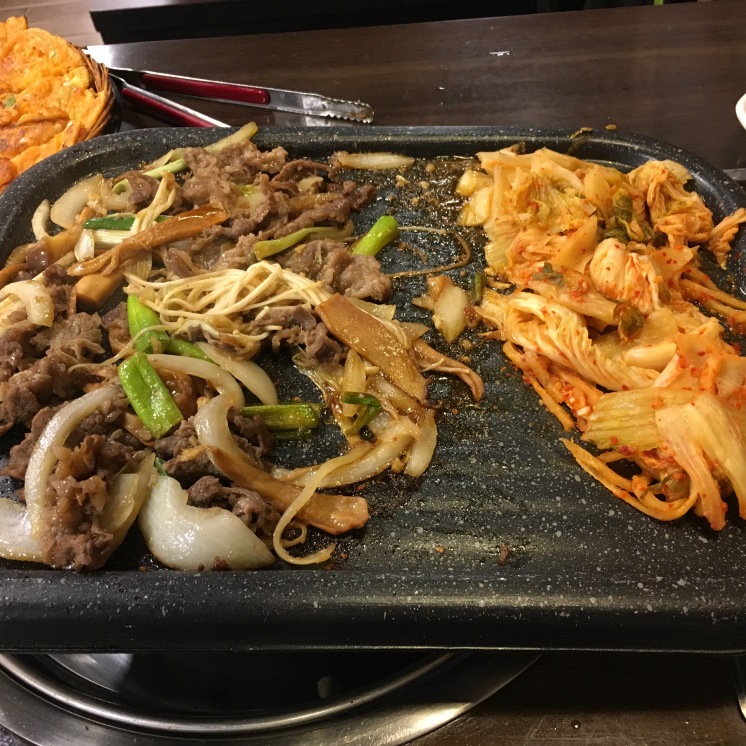 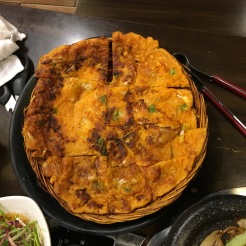 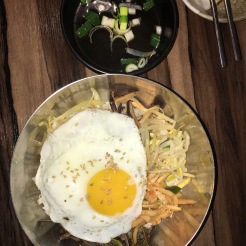 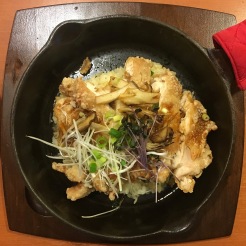 5. Cheonggyecheon Stream: Now imagine this. there is a beautiful stream passing through the middle of your city. A war breaks out and people move into the city and settle along the stream. The result: pollution and a gradual lessening of the waters, unplanned makeshift houses and eventual decline of the stream;s charm. Whats worse? Well with time a highway runs all over the stream and nearly annihilates it.

But hey, its Seoul and they don’t give up that easy. A mayor with a lot of foresight and enough funds backing him decided that the stream needs a new lease of life. So now after three years of a relentless demolition of the highway, meticulous planning of the ecology and water stream, an expenditure of nearly 300million USD and planned beautification and traffic diversion, you have this oasis in the middle of this bustling city.

A stroll through this stream is not less relaxing in any way to a stroll on a beach! Well, got a bit carried away there. But you get the gist. Its surely is a must visit after you are tired seeing the sights of the city. So settle down with an ice cream or your partner or preferably both and stroll along this beautifully manicured stream. 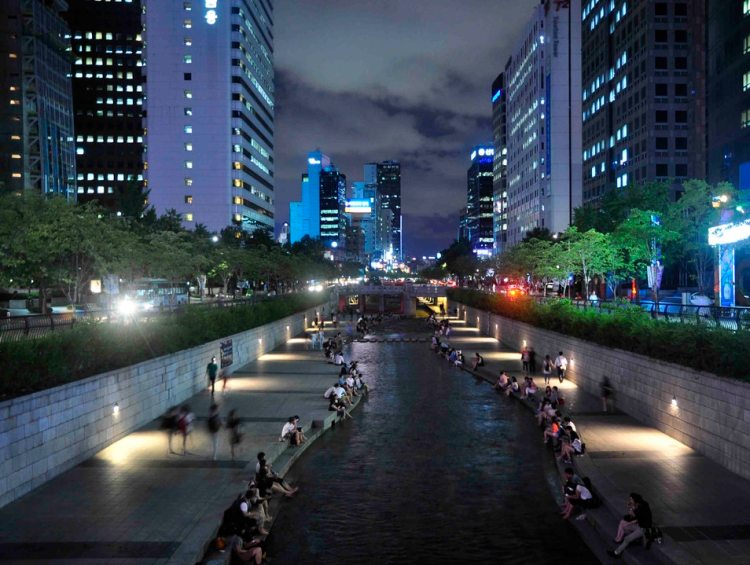 6. The DMZ: The demilitarized zone forms the border between the North and South Korea. Many bus tours whisk away tourists to the grim zone. But it surely is over-rated. It’s just a group of grim buildings with a few grimmer soldiers. But if you just want to get as close to the North as realistically possible, then its probably worth a go. However many do like this eerie place for memories sakes if nothing else! 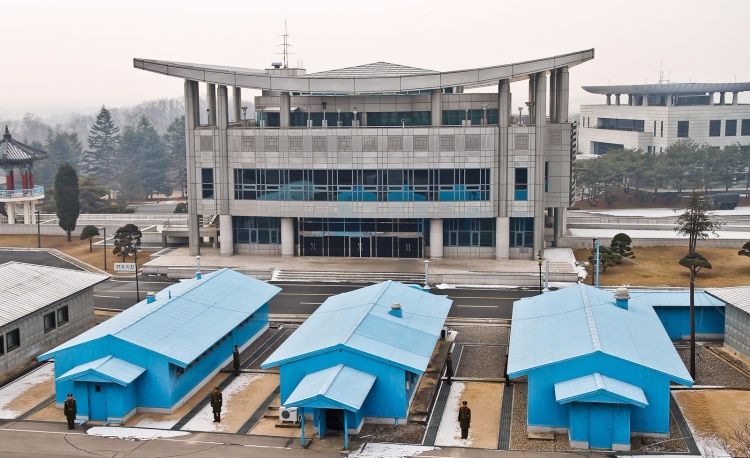 7. COEX Aquarium: This neat little aquarium is located in a mall and has a plethora of fish, sharks, Rays, Jelly fish and others that will keep your younger ones hooked for half a day. My son loved it. Website 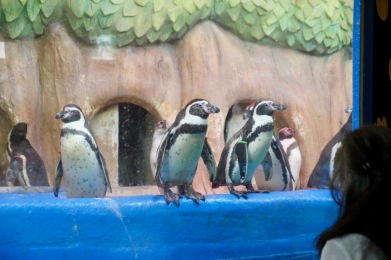 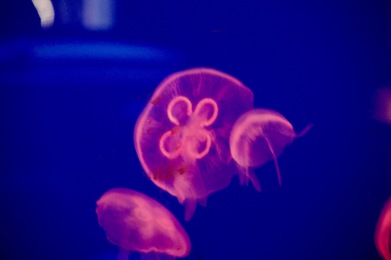 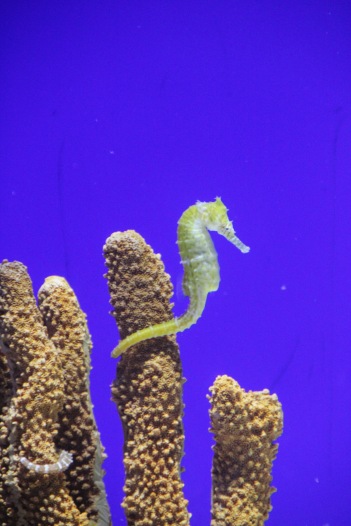 8. Korean Folk Village: This artificial village has actual huts and such that have been shifted in toto here from a real village. This place does give the feel of a traditional Korean village. Check this out if you cant make it to real ones like Andong or Damyang. It has nice hands-on things to do for the kids and adults alike including pottery, dyeing, horse riding and traditional performances. A good day’s detour from the city. Website 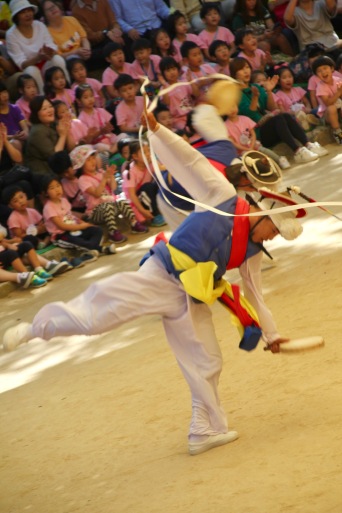 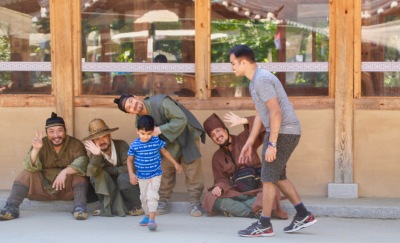 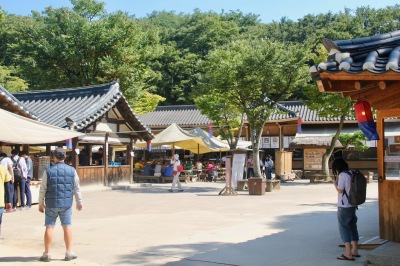 9. Lotte World: If you have kids with you, then this is a must. Its the biggest amusement park in the country and it’s pretty decent. It as an indoor amusement area, skating rink and rides for adults too. We especially loved the pseudo hot air balloon. Website 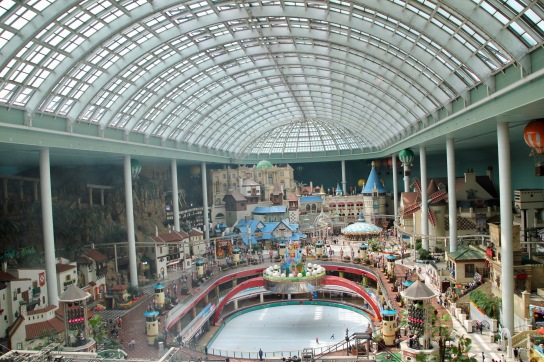 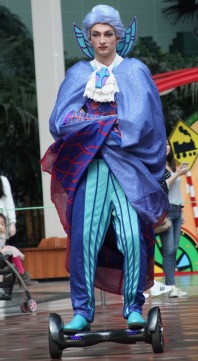 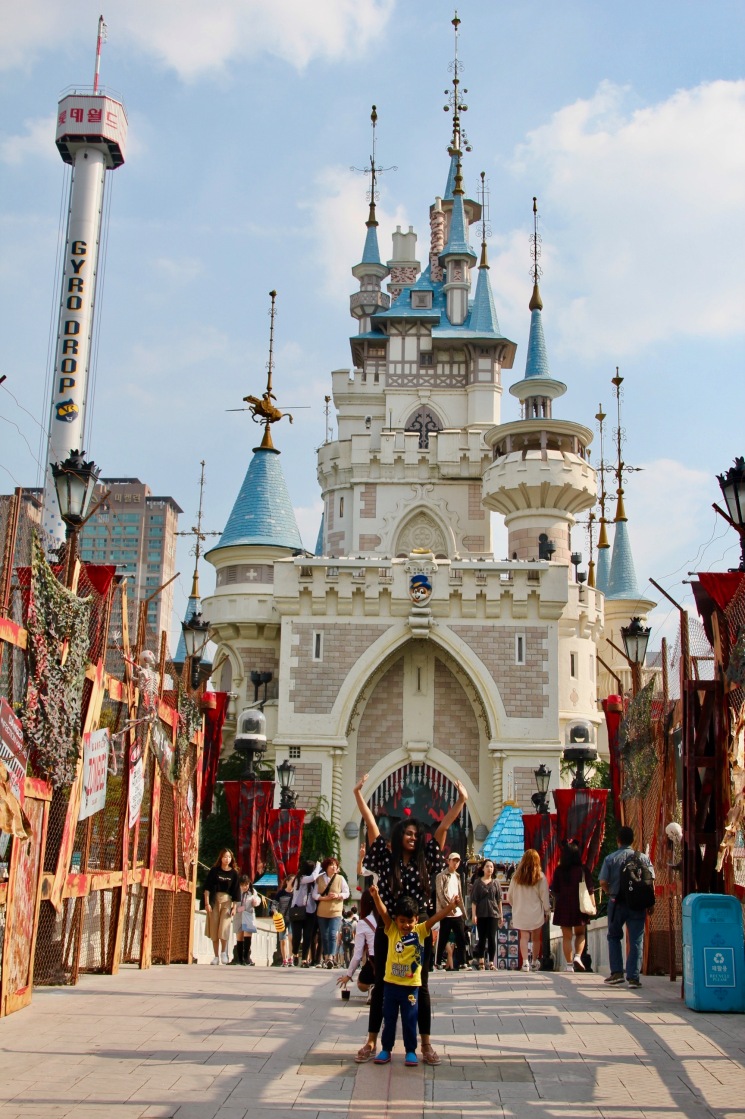 7. What I Saw: In ‘Oldboy‘, a man is kidnapped and imprisoned in a cell for 15 years without explanation. He then is released and as he strives to explain his imprisonment and get his revenge, Oh Dae-Su soon finds out that his kidnapper has a greater plan for him and is set onto a path of pain and suffering in an attempt to uncover the motive of his mysterious tormentor. 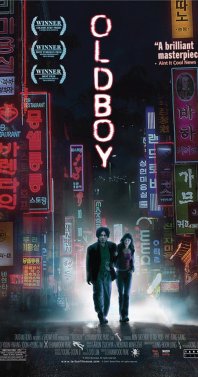 9. Most hotels provide a card with address and driving instructions written in Korean. Keep it handy especially for those Soju infused late nights.

10. Black taxis are more expensive than the regular ones.

11. Self-drive is not the best idea given that many boards are in Korean.

This site uses Akismet to reduce spam. Learn how your comment data is processed.